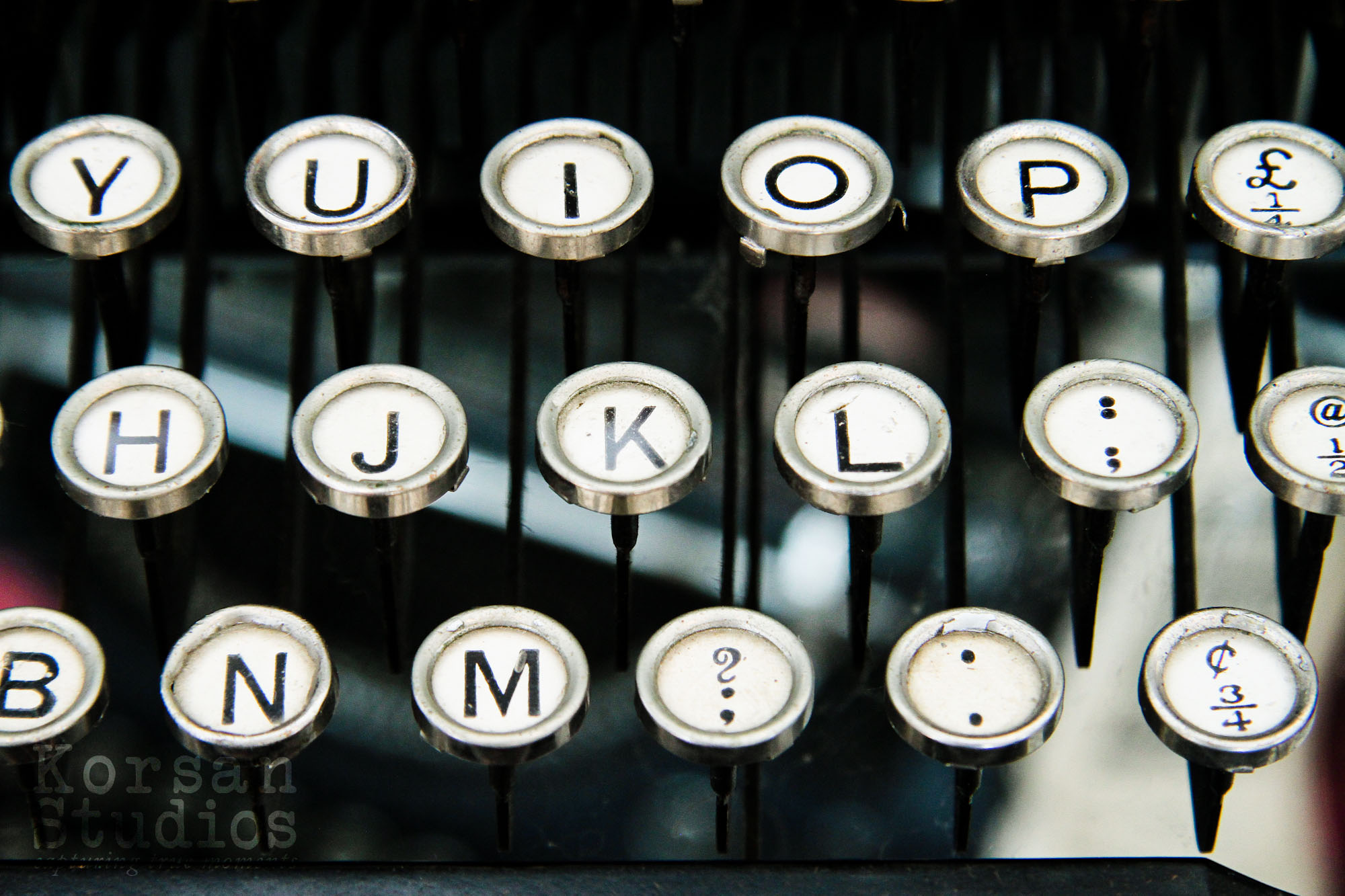 Wow, what a storm we have been having for the last 2 days! The snow banks are close to 6 feet high where we have been piling it all. Everyone is getting stuck in their cars, including your truly. I would have taken a picture of it but I was too busy furiously digging myself out. It is a good thing I was a block from my sisters house and there were lots of people who came to help otherwise I might still be digging. Once I got home we bundled the boys up and went out to shovel. Angela took these photos of me and they boys in action shovelling our deck off. 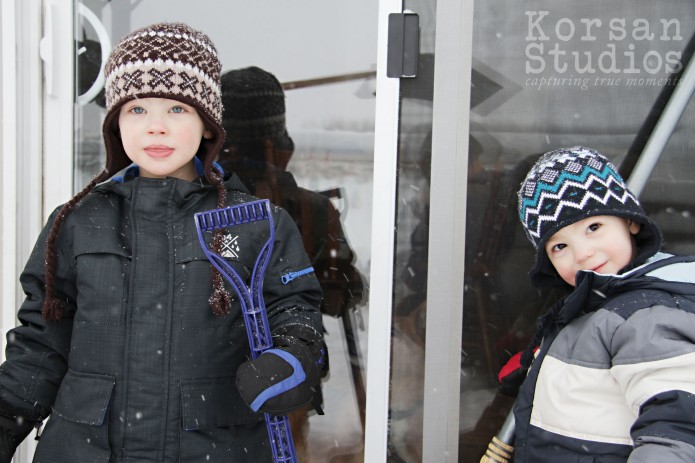 I don’t think that Owen was feeling it, after a few minutes he wanted to go inside and “warm up”. I am sure he was plenty warm but was more interested in playing than shovelling. 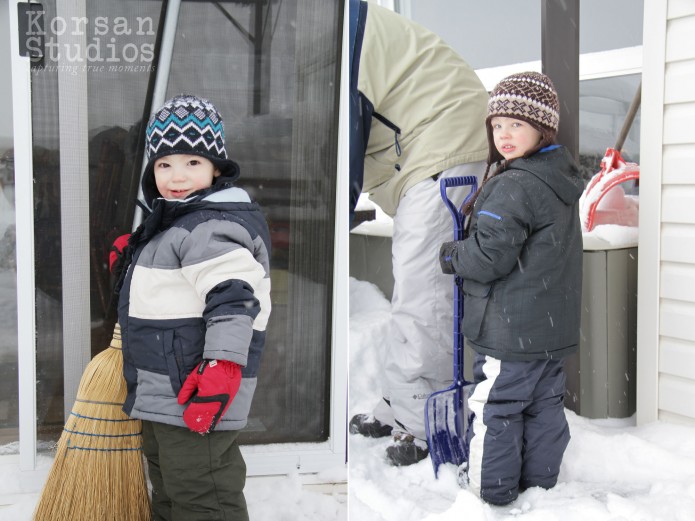 Brandon stuck it out for another 10 minutes before he too had enough. It takes a lot of effort to move all that snow, especially for a 2 year old! 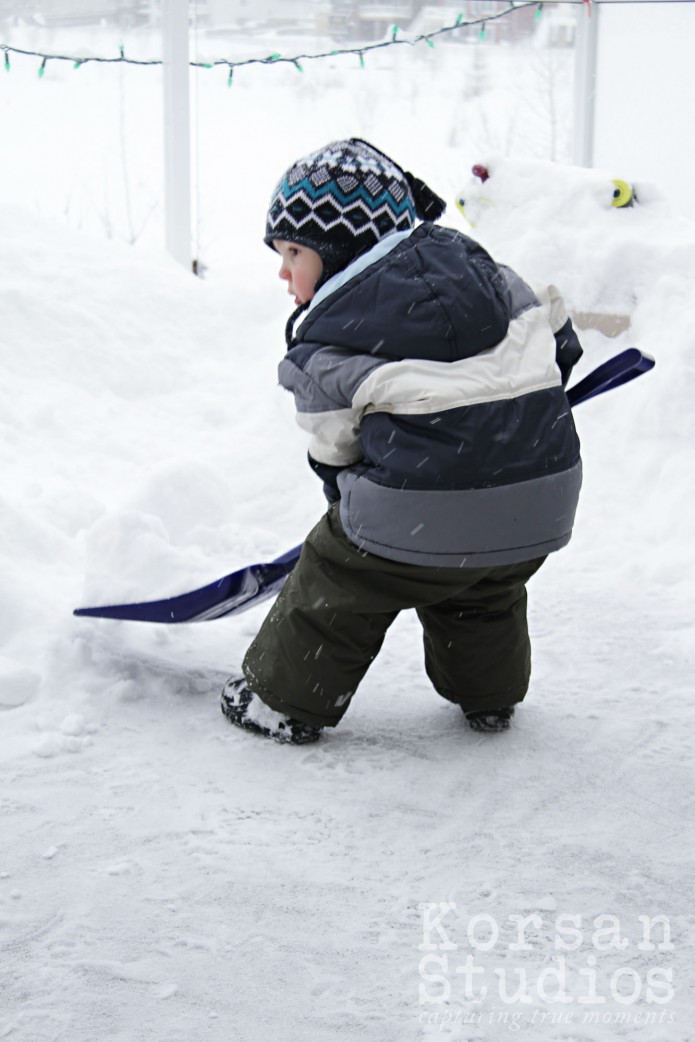 We were supposed to head to galaxyland as a reward for both the boys doing so well all week with potty training but after me getting stuck and all the snow that kept coming down… we decided to have a “popcorn and movie” night in with the boys. They were all over it and were quick to pick out what bowls they wanted their popcorn in. 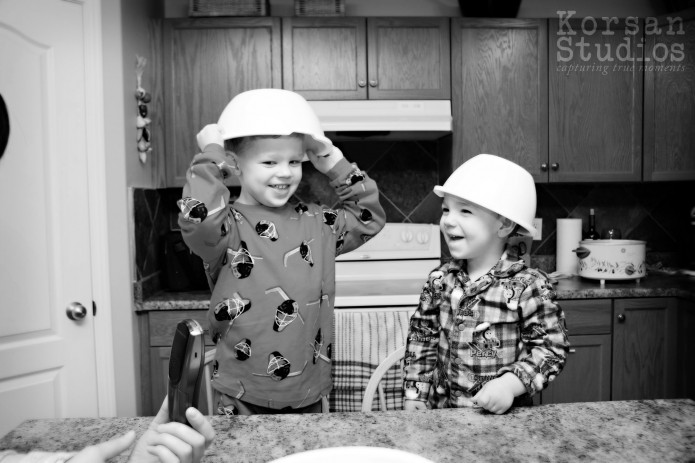 We watched Toy Story 3 and of course you have to have the popcorn bowl to go with the movie, just like at the theatres. By the way when the four of us went to the theatre to see Toy Story 3 I spent the entire movie post previews sitting on the floor of the lobby with Brandon asleep on my lap. I am happy to report that we all successfully watched the entire “moody” as Owen pronounces it, but unfortunately it is still snowing so off to shovel for the 4th time today.